2, Where to buy suction cups For glass?

4, How to attach suction cups To glass?

5, Where can you buy suction cups?

7, How to clean a suction cup?

8, How do suction cups work?

A suction cup, also known as a sucker, is an object that uses the negative fluid pressure of air or water to adhere to nonporous surfaces, creating a partial vacuum.

Suction cups are peripherial traits of some animals such as octopuses and squids, and have been reproduced artificially for numerous purposes.

2, Where to buy suction cups For glass?

The care and use of suction cups is very simple.

A: Make sure the suction cup is clean and free from debris.
B: If the suction cup needs to be cleaned, wash in warm soapy water then dry gently with a lint-free cloth.
C: Clean the surface you are applying the suction cup to. It won’t adhere well to a dirty surface.
D: To enhance suction, a tiny dab of Vaseline or cooking oil may be rubbed on the rim of the cup.
E: Press the cup all the way down, against the surface.
F: The suction cup may need to be “burped” periodically by pressing down on it to remove any air that may have seeped in.
G: Temperature and humidity variations may make a suction cup lose its grip. If bonded above 40⁰ F/5⁰ C the cup will provide the most reliable service from 22⁰ to 120⁰ F.
H: To remove the cup, simply pull up on the release tab to break the suction.

4, How to attach suction cups To glass?

Push the suction cup against the glass surface until all the air bubbles inside are released and a vacuum is created, which firmly seals the cup to the surface. Adding a little oil or petroleum jelly to the rim of the suction cup can help keep the seal tight. Also, the surface must be smooth and non-porous, such as car window glass, tile or metal, to ensure good suction.

5, Where can you buy suction cups?

7, How to clean a suction cup?

8, How do suction cups work?

When the user ceases to apply physical pressure to the outside of the cup, the elastic substance of
which the cup is made tends to resume its original, curved shape.
The length of time for which the suction effect can be maintained depends mainly on how long it takes
for air or water to leak back into the cavity between the cup and the surface, equalizing the pressure
with the surrounding atmosphere.
This depends on the porosity and flatness of the surface and the properties of the cup’s rim.

The force required to detach an ideal suction cup by pulling it directly away from the surface is given
by the formula:

F is the force,
A is the area of the surface covered by the cup,
P is the pressure outside the cup (typically atmospheric pressure)

This is derived from the definition of pressure, which is:

The above formula relies on several assumptions:

Artificial suction cups are believed to have first been used in the third century, B.C., and were made out of gourds. They were used to suction “bad blood” from internal organs to the surface. Hippocrates is believed to have invented this procedure.

The first modern suction cup patents were issued by the United States Patent and Trademark Office during the 1860s. TC Roche was awarded U.S. Patent No. 52,748 in 1866 for a “Photographic Developer Dipping Stick”; the patent discloses a primitive suction cup means for handling photographic plates during developing procedures. In 1868, Orwell Needham patented a more refined suction cup design, U.S. Patent No. 82,629, calling his invention an “Atmospheric Knob” purposed for general use as a handle and drawer opening means.

Suction cups have a number of commercial and industrial applications:

To affix objects to nonporous vertical surfaces such as refrigerator doors and tiled walls
To move large smooth objects such as panes of glass, automobile windscreens and raised floor tiles
In toys such as Nerf darts
In toilet plungers
By urban climbers, to scale buildings with smooth exterior surfaces

On May 25, 1981, Dan Goodwin, a.k.a. SpiderDan, scaled Sears Tower, the former world’s tallest building, with a pair of suction cups. He went on to scale the Renaissance Center in Dallas, the Bonaventure Hotel in Los Angeles, the World Trade Center in New York City, Parque Central Tower in Caracas, the Nippon TV station in Tokyo, and the Millennium Tower in San Francisco. 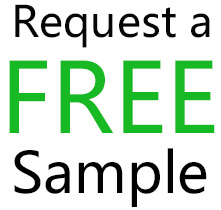 Fill out our simple

Talk to us about suction cups solutions

get in touch today
Close